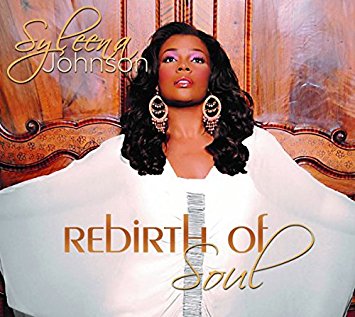 ‘We Did It’ is the first single from SYLEENA Johnson’s new album – set for November release. The long player is called ‘Rebirth Of Soul’ and it was conceived and produced by her father, the legendary soul/blues singer and producer Syl Johnson, whose original hit version of ‘Take Me To The River’ was covered by Al Green and Talking Heads.

The ‘Rebirth’ album sees Syleena work her way through a series of classic soul numbers from the 50s and 60s… songs like ‘Chain Of Fools’ and ‘Make Me Yours’ while the anthemic ‘We Did It’ was, as soul buffs will tell you, originally recorded by Syl Johnson himself (those anoraks will also tell you that the original was arranged by Donny Hathaway) …. And like all those soul originals Syleena and Syl use live instrumentation throughout the album. Musicians on the album include the legendary Tom Washington and Willie Henderson – two Chicago soul legends

Syleena says of the new album: “The inspiration behind ‘REBIRTH OF SOUL’ is my father. I wanted to honour him and classic soul music in a time when auto tune and electronic beats reign supreme. While I am not against this kind of creative musicianship, there is so much more to the real thing. True Soul music tells stories…stories that can heal a nation.”