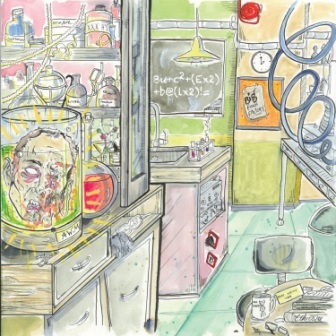 BIG FUNK FACTORY is a music collective that (at times) includes UK music biz stalwarts Mat Johnson (Jamiroquai), Wayne Nunes, Perry Melius, Michael Brown, Andrew Mitchell, Jodie Linscott and Janet Ramus. Helping them out on their last album, ‘Transaction Declined’ was Ernie McKone and between them they concocted a story that described the adventures of “Dweeb Droid” …an aged rocker AWM supported by a cast of several more weird and wonderful characters.

Now it seems the Droid is dead; so the band offer the exploits of one “Buccee Ball” via two tunes … a Boogie Back mix of ‘Refugee’ and ‘Greatest War’ – both as intriguing an eclectic as the back-story suggests… out now!