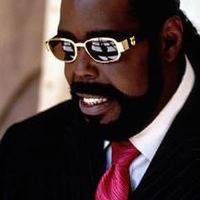 Surprisingly, since his death in 2003 there’s not been too many decent retrospectives or compilations on BARRY WHITE. That is now set to change with the release of a lavish five disc presentation set on the big man. Simply titled ‘BARRY WHITE UNLIMITED’ the collection is a must – not just for WHITE fans but for all soul collectors, since it brings together all kinds of rarities and even the few who never quite took BAZZ too seriously might well be forced to change their opinions. The first two CDs in the set are devoted to BARRY’S own work. The first features alternative versions of most of his biggest tunes like ‘Let The Music Play’, ‘Can’t Get Enough Of Your Love, Babe’ and, naturally, ‘Never Never Gonna Give You Up’ while the second disc offers a selection of rarities. The third CD is devoted to WHITE’S work with LOVE UNLIMITED and though maybe a touch kitsch the 14 tracker throws up some surprises like a disco version of ‘Theme From King Kong’. Disc 4 has 16 cuts of material that BARRY produced on others like GENE PAGE , BLACK SATIN, TOM BROCK and GLORIA SCOTT and includes a previously unissued song on her – ‘I’ve Got To Have All Of You’. The fifth disc is a DVD with 9 videos and a selection of bonus clips of the great man at work. The packaging is, as you’d expect from Universal, lavish and comprehensive and at the risk of repetition , the whole thing is a must have!