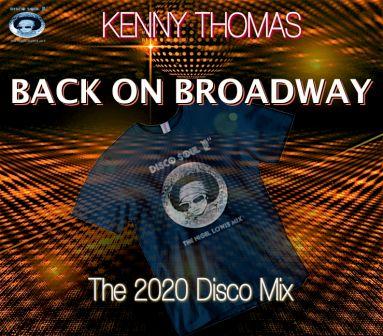 One of the undoubted highlights of last year’s DISCO SOUL GOLD compilation was KENNY THOMAS’S ‘Back On Broadway’. A groove-laden modern soul delight, it was played over and over again by the top club spinners and radio jocks. Now in response to demand the cut has had a new makeover courtesy of Nigel Lowis….. his “2020 Disco” mix is already selling well and is sure to scale the soul charts in the same style as the original tweak. Lowis was behind that original too and his passion for and knowledge of all things proper disco ensures that this new ‘Back On Broadway’ will remain popular through the winter and spring. It’s out now but only available via the DSG website!