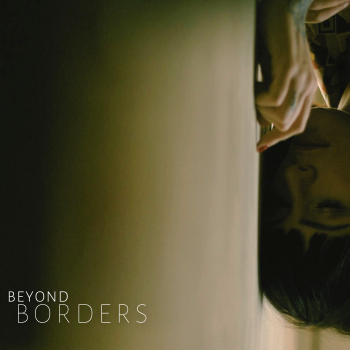 We all know that soul music knows no geographical boundaries; so it is that over the years we’ve enjoyed some splendid music from Bulgaria’s RUTH KOLEVA. Ruth counts Ella Fitzgerald and Marvin Gaye amongst her influences and after winning the hearts and souls of Bulgarian music lovers in the noughties she spent a year at Hollywood’s Pop Academy and was eventually named Grazia Magazine’s Woman Of The Year. Her 2014 ‘Ruth’ album won her plenty of friends with its  ethereal quality that drew comparisons to Jill Scott and Erykah Badu.

Now working out of New York, Ruth’s latest single is a collaboration with US singer and composer Diggs Duke and their stunning ‘Beyond Borders’ is already winning rave reviews on both sides of the Atlantic. The PR people describe ‘Beyond Borders’ as “a hazy, warm embrace crafted so immaculately by both Ruth and Diggs harmonies, presenting a musical and lyrical catharsis about a utopian world”… fine sounding words but after even a cursory listen, you’ll see where they’re coming from.

In both mixes (the original and a mix from “Yakul” – a  Brighton based electronic soul/jazz outfit), you will enjoy a warm, wrap around embrace which, if you let it, will take you up somewhere rather pleasant. If not then at least it will remind you of why you got mixed up in this crazy world of soul and jazz in the first place.

Ms Koleva tells us that “’Beyond Borders’ is a project, which we started a few years ago with Diggs Duke and wanted to tell the story of how we could connect and feel close, even if we are far away apart. We started recording the song in the US and Amsterdam and ended up finishing it in a small Mexican village and filmed the video in Sofia, Bulgaria. It’s truly a song about the universal language of music and how art does not see any borders”.