BETWEEN YOU AND DONALD… 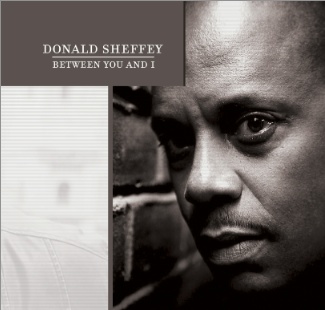 DONALD SHEFFEY’S last album – 2009’s ‘See You Tonight’ hit the spot with serious soul fans. Listening, it was obvious that DONALD was influenced by great soul stylists like LUTHER VANDROSS, WILL DOWNING and HOWARD HEWETT. The good news for SHEFFEY fans is that the man is set to release a brand new album – ‘Between You and I’ on Weezie Productions. Like his previous albums, the 12 tracker is a well-balanced mix of up-tempo items and sensitive ballads, while the mid-tempo ‘Loving You Today’ is already winning lots of fans.

To create the songs DONALD has collaborated with a number of writers and producers. Included amongst them is UK-based soul entrepreneur DI LEE. Ms. LEE, of course, heads up the soulchoonz set up and here she has provided the lyrics to DONALD’S tune ‘Gifted’ . The cut has lovely Latin feel to it and the message is unusual for a soul song. It deals with women who – for whatever reason – are told they can’t have children … but despite the odds they persevere, eventually becoming “gifted” with a child.