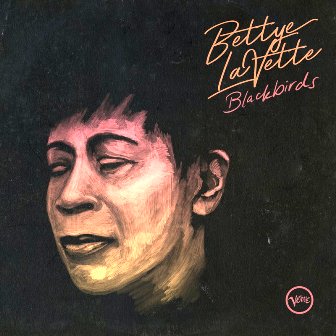 Earlier this year we were treated to two wonderful albums from two aspiring female vocalists and both shared the same theme. Robin McKelle and Kandace Springs independently and at about the same time issued long players featuring their cover versions of songs made famous by iconic female singers – people like Nina Simone, Dusty Springfield, Roberta Flack and Billie Holiday.

Now we can enjoy a third album of new covers of famous “female songs” (well, almost) from someone with a lengthier CV than both Ms McKelle and Ms Springs put together…. the redoubtable BETTYE LAVETTE.

Ms Lavette was born way back in 1946 and made her recording debut at the start of soul’s Golden Age. That debut was the 1962 single  ‘My Man – He’s A Lovin’ Man’ released on the iconic Atlantic label and Bettye has been recording and working ever since… albeit with varying levels of recognition and success. However, she’s revered by the Northern soul fraternity, respected by collectors of deep soul and since the new millennium  she’s also become the darling of serious music lovers via  a series of remarkable, usually interpretive albums – covering songs by people like Bob Dylan. Those more recent recordings have seen her (rightly) acknowledged as a unique talent and interpreter and shaper of the popular song and her new album will do nothing to harm that reputation.

This new long player  is called ‘Blackbirds’ and (with one obvious exception), it’s a collection of songs honouring her heritage as an R&B singer and the women who came before her… so here we can enjoy stark,  sombre readings of things like Dinah Washington’s ‘Drinking Again’, Nina Simone’s ‘I Hold No Grudge’ and Billie Holliday’s remarkably apposite ‘Strange Fruit’. The one exception to the “female” theme (hence our “almost” up top) is Ms Lavette’s cover of the Beatles’ ‘Blackbird’ – the track for which the album is  named and which Bettye has included as a contribution to the Black Lives Matter campaign.

The nine tracker’s mood is bluesy and sombre and Bettye’s voice betrays the ravages of time but that inherent world-weariness serves to add emotion and honesty to the work. Not an easy listen for sure but a moving and truly soulful experience.