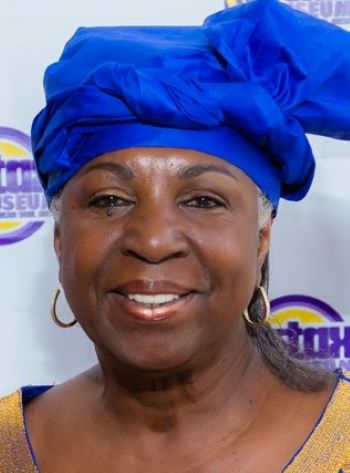 Soul stalwart BETTYE CRUTCHER died in Nashville on Thursday 20th October. She was aged 83 and reports suggest that she had been ill for some time. Bettye will be best remembered for her work as a songwriter at Stax during the label’s heyday.  She wrote chiefly with Homer Banks and Raymond Jackson as the “We Three” partnership with their biggest commercial success being Johnnie Taylor’s ‘Who’s Making Love’.

Ms Crutcher was born in Memphis in 1939 and as a child enjoyed writing poetry, often set to music. After school, she worked as a nurse and, with three young childrenm she tried to sell her songs to local Memphis labels for extra cash. David Porter at Stax was impressed and  took Bettye on  board.

At Stax, her songs were recorded by The Staple Singers, William Bell, Shirley Brown, the Sweet Inspirations and of course Johnnie Taylor. BB King famously recorded her ‘Take Off Your Shoes’ and, interestingly Paul Weller covered her ‘My Whole World Is Falling Down’ in 1995. Several Hi artists also recorded Bettye’s songs.  Bettye’s chief co-writers were Banks and Jackson but she also collaborated with Mack Rice, Marvell Thomas, and Bobby Manuel. In 1974, like many other Stax staffers, she cut her own album, the acclaimed ‘Long As You Love Me’ (below)

In later life Bettye worked in the antiques business  but she regularly led student seminars at the Stax Museum and in 2021 her work was recognized with the establishment of a  scholarship programme in  her name  at the  Stax Music Academy. Bettye  Crutcher achieved much but in a 2019 interview she suggested that amongst her greatest achievements was to break through as a woman in what was essentially a man’s world. She said: “To be the only female songwriter for Stax was quite an event. You’re talking about the sexist ‘60s, and I really think the guys thought the girls couldn’t do it.”