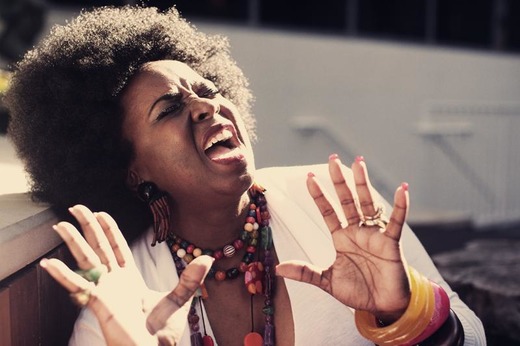 Betty Wright, the “Queen of Miami Soul,” has died from cancer aged 66.

Born Bessie Norris in Miami, Florida, in 1953, Wright was a precociously talented youngster who sang as a child with her sisters in a gospel group called Echoes Of Joy. She cut her first solo record, a 45 called  ‘Good Lovin,’ for the Miami indie label, Deep City Records when she was just 12 years old. By the age of fourteen, Wright had released her debut album, ‘My First Time Around,’ for the Atlantic-distributed Alston label, run by Henry Stone and Steve Alaimo, which yielded her first charting single, ‘Girl Can’t Do What The Guys Do,’  a US R&B Top 20 hit. Three years later, in 1971, Wright recorded what became her signature tune, ‘Clean Up Woman,’ which spent eight weeks at the No. 2 slot in the US R&B charts, stuck behind Sly & The Family Stone’s ‘Family Affair’ and later Al Green’s ‘Let’s Stay Together.’

Wright scored a succession of hit singles for Alston throughout the ’70s, which included ‘Baby Sitter’ and the Grammy-winning, ‘Where Is The Love.’ Her biggest selling album of that era was ‘Betty Wright Live,’  an enthralling in-concert LP that spent 40 weeks on the R&B chart.

The 1980s began with Betty signing to major label, Epic Records, where she scored a Top 50 US R&B hit with ‘What Are You Going To Do With It,’ written and produced by Stevie Wonder. But Betty’s Epic tenure didn’t live up to commercial expectations and after two albums with the company, she signed to First String. In an unprecedented move, in 1987 she began her own label, Ms. B Records, releasing her second most successful charting album, ‘Mother Wit,’ which contained the singles ‘After The Rain,’ ‘No Pain (No Gain)’ and the popular dance track, ‘Miami Groove.’ The album eventually went gold: an unprecedented achievement for a label owned by an African America woman.

Betty was less active in the 1990s but in the 2000s began to enjoy a more visible profile via her creative contributions to albums by her protégé Joss Stone, Tom Jones and Diane Birch. In 2012, Betty returned to the US charts as a solo artist with her Roots-helmed long-player, ‘Betty Wright: The Movie.’ The singer also had the distinction of being sampled 176 times by other recording artists – those who repurposed her music included Beyonce, Chance The Rapper, 2Pac and The Notorious B.I.G.