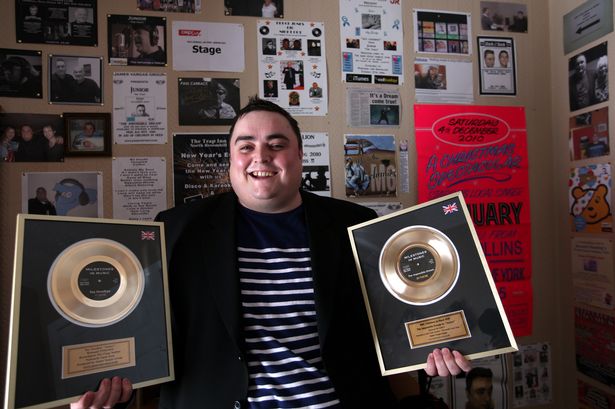 Geordie soul goes from strength to strength! The latest North Easterner to be tipped for the soulful top is a big voiced boy from Wallsend – DAVE TURNER. Dave works under the stage name of JUNIOR TURNER and his new record ‘Better Day’ is making huge waves – especially in the States, where the song currently sits atop of the “Unsigned Charts”.

The dad-of-two said: “It is fantastic how my career has grown. It is on and upwards for the lad from Wallsend. I hit number one in Texas in the unsigned charts that means among artists who haven’t been signed by a record label. But, because of my success, I have now been signed by Alexis Records because the Americans have gone crazy for my song.”

Not difficult to hear why. ‘Better Day’ is an easy-on-the-ear, rolling summer soul vibe with some catchy vocal pyrotechnics from Junior and tasty input from Jess Wood. The success of the song follows on from chart activity back in December when his ‘Hurt’ topped the UK newcomers chart while his tune ‘Loveblind’ was record Of The Year on Geordie radio station, Pride.

Before that the onetime pub and club “turn” found fame when he raised thousands of pounds for Children In Need with a version of the ‘The Impossible Dream’ and Junior’s also released songs in support of the Help For Heroes Charity.

A busy man then and set to get busier as ‘Better Day’ gains momentum. Access it via the usual download portals.