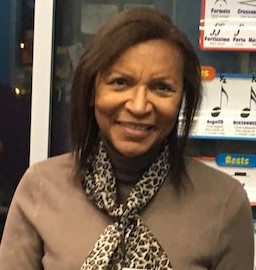 Though few details are forthcoming, reliable US news sources are reporting the recent death of BERTHA BARBEE-MCNEAL, founding member of Motown girl group, THE VELVELETTES.

Hailing from Flint, Michigan, it’s said that Bertha was a child music prodigy, playing piano and organ from an early age. At Kalamazoo’s Western Michigan University she formed a vocal group with Mildred Gill, Gills’ sister Carolyn and friend Betty Kelly and Bertha’s cousin Norma Barbee. Tutored by Bertha, they  honed a smooth, “velvet” like sound, so their name was a sort of no brainer.

Motown talent scout and school friend Robert Bullock brought the girls into the Gordy fold  and, trimmed down to a trio, they immediately began recording but it wasn’t till they started working with  up and coming songwriter/producer Norman Whitfield that they scored a hit – the classic ‘Needle In A Haystack’ . Other  hits  followed , notably, ‘He Was Really Sayin’ Something’, ‘Lonely, Lonely Girl Am I’ and ‘These Things Will Keep Me Loving You’. The original band split up in 1967 but briefly reunited in the late 80s to record a handful of songs on Ian Levine’s Motor City label. Various incarnations of the Velvelettes continued to work the oldies/nostalgia circuit.

Ms Barbee-McNeal eventually went into education and  won  a Master’s Degree in music education at Western Michigan University. She then taught in the local public school system. She also worked as a private music tutor and in 2004 she was awarded the Western Michigan University College of Education and Human Development Alumni Society Golden Apple Award. She also worked with local gospel choirs.