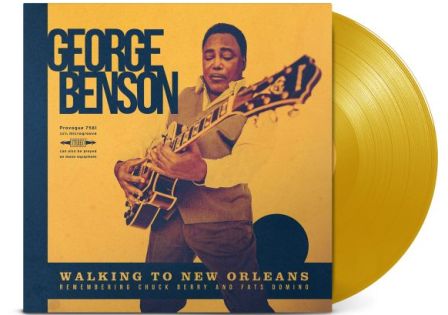 For his latest album (due April 26th) it seems that guitar maestro GEORGE BENSON is taking a change of direction by offering a twin homage to two of his music heroes – CHUCK BERRY and FATS DOMINO.

George says: “I’m a great appreciator of the music made by both of those guys. Chuck Berry was a great showman and a great musician, and Fats Domino cut nothing but hit after hit after hit.” He adds that on this, his 45th album, “We did have us a ball!”.

‘Walking To New Orleans’ is Benson’s follow up to his 2013’s ‘Inspiration: A Tribute to Nat King Cole’ and to support the new release, he’ll be performing at the Apollo Nights Summer Series on 18th-19th July at London’s Eventim Apollo.

The album is out April 26th via Provogue/Mascot Label Group and a full review here ASAP.