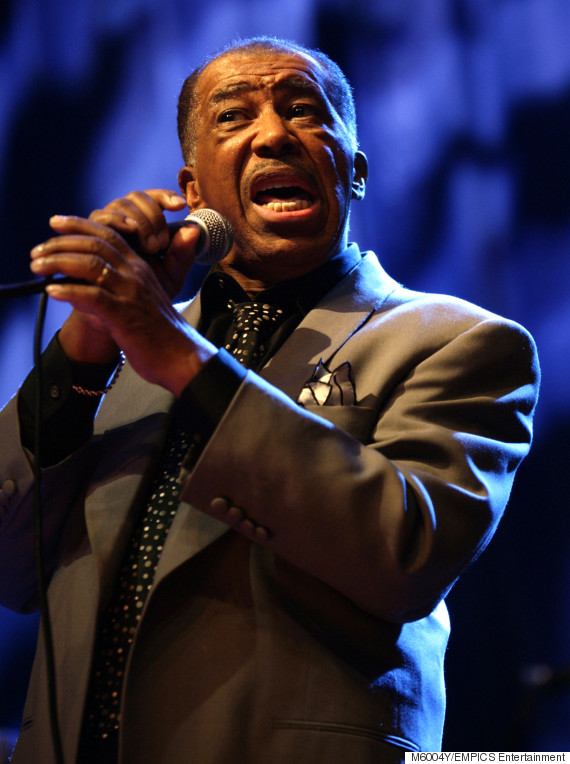 Legendary soul singer BEN E KING died on Thursday 30th April at Teaneck, New Jersey. He was aged 76 and his sad passing was confirmed by his publicist, Phil Brown, who said little, other than the Ben E had died from “natural causes”.

King was born Benjamin Earl Nelson in Henderson, North Carolina in 1938 and began his singing career with local church choirs. In 1947 his family moved to Harlem and Ben and his doo-wop group, the Four Bs were thrilled when they came second in the Apollo Talent Show. A move to join the Moonglows was blocked simply because he was too young and he ended up as a singing waiter in his father’s restaurant. In 1958 he joined the Five Crowns who, that year became The Drifters! The original Drifters, led by Clyde McPhatter, were sacked by their manager George Treadwell who owned the brand name, “The Drifters”. He was unhappy with McPhatter and simply transferred the name “Drifters” to the Five Crowns!

At first the “new” Drifters were unpopular with audiences till 1959 when they recorded ‘There Goes My Baby’. Co-written by Nelson and featuring his lead vocal (he still used that name back then), the lushly produced song was a big hit. More hits followed with Ben on lead – notably ‘This Magic Moment’ and the classic ‘Save The Last Dance For Me’.

In 1960 Ben quit the group after a salary dispute with the dictatorial Treadwell. The Drifters’ label, Atlantic, retained him and with a swift name change to Ben E King they had him record ‘Spanish Harlem’ which went top 10 in 1961. It was the follow up, though, that was to establish King as a major soul star. ‘Stand By Me’ (again co-written by King) became a #1 R&B hit and a top 5 pop smash. Other hits followed but nothing could match the impact and magic of ‘Stand By Me’. In 1967 he  enjoyed his last major hit on Atlantic/Atco with the much-loved ‘What Is Soul’; then in 1969 he left Atlantic for Maxwell but his album ‘Rough Edges’ flopped and sadly Ben E King was demoted to the oldies circuit.

In 1975 Ahmet Ertegun brought him back to Atlantic where he scored a hit with the hypnotic ‘Supernatural Thing’ while his collaboration with the Average White Band, ‘Benny And Us’, became a soul connoisseurs’ favourite. King eventually joined a troupe of “Drifters” (there were several on the circuit) but when ‘Stand By Me’ was a hit again in 1986 (on the back of the same-named movie and a TV ad) he restarted his solo career, touring regularly and making sporadic recordings. Amongst his recordings from this period are collaborations with Heaven 17, Mark Knopfler and a jazz album with Milt Jackson and Dave Newman.

Despite a catalogue of many fine recordings, ‘Stand By Me’ remains Ben E King’s testament. When asked about it, he said he was inspired to write it by the lady who went on to be his wife (he married Betty in 1964 and she survives him)… and, modestly, he once said that he was just happy that “it stood the test of time“. It has of course been covered dozens of times (including a John Lennon version and one by Muhammed Ali when he was still Cassius Clay), but the original remains the definition.

Gary US Bonds, with whom Ben recently toured posted: “Ben E King was one of the sweetest, gentlest and gifted souls that I have had the privilege of knowing and calling my friend for more than 50 years. I can tell you that Ben E will be missed more than words can say. Our sincere condolences go out to Betty and the entire family. Thank you Ben E for your friendship and the wonderful legacy you leave behind.”