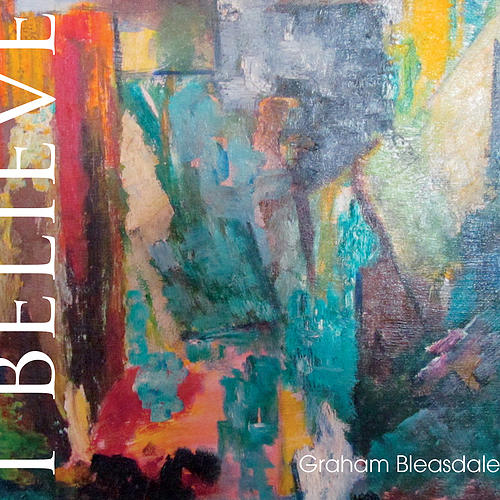 GRAHAM BLEASDALE is a Canadian singer/songwriter who now works out of London. As a youth, Graham says his musical influences were Elvis Presley, Roy Orbison, Sam Cooke and Ray Charles but at college in Vancouver he studied jazz piano. His debut album was 1986’s ‘One World’ while his follow, up ‘Lookin’ For Love’ betrayed considerable country influences.

Now Graham is a regular on the South London music circuit, performing regularly in local churches and with community groups. In October he’ll be releasing some new music … a 6 track EP, ‘I Believe’. Produced by Derek Nash, the album has a blue-eyed soul feel enhanced by Gospel harmonies which fit perfectly with the messages in the songs, Occasionally too you’ll hear traces of Graham’s jazz roots as on the piano parts on ‘I Miss You’, which, we’re told, is one of the EP’s key songs… an autobiographical piece, if you would.

Musicians on the mini album include bassist Geoff Gascoyne, drummer Darby Todd, guitarist Al Cherry and pianist Neil Angilley – from Down To The Bone.

Graham will launch the EP at St Alfege’s Church in Greenwich on Friday 7th October followed by a concert at the Pheasantry, Chelsea on Monday 31st October.

Graham Bleasdale’s ‘I Believe’ is released on 7th October and you can find out more @ www.grahambleasdale.com