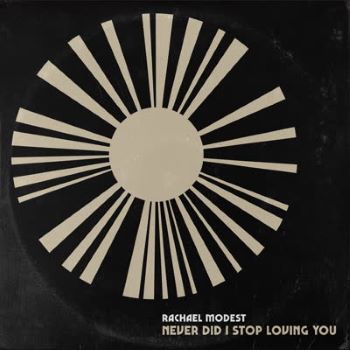 RACHEL MODEST is a UK soul singer who records for the Leeds-based ATA Records. In the past we enjoyed her singles ‘I Who Have Nothing’ (her cover of the classic oldie) and the double A–sided single … ‘I Try’/’Forbidden Love’. All the tracks offered that magical nostalgia-soaked Daptone sound.

Rachel’s latest single is something of an oddity… not sonically we hasten to add! Her “newie” is her version of Alice Clark’s 1972 classic ‘Never Did I Stop Loving You’.  A seasoned singer, Rachel does a great job. She testifies righteously and the producers take few liberties, sticking close to the original template.

Now here’s the odd bit. Rachel’s ‘Never Did I Stop Loving You’ was originally released in 2017 but it seemed to pass us by. It seems it was part of an ATA compilation ‘Hard Work, No Pay’ and the ATA people have so much faith in it that they’re reissuing it across all digital platforms ahead of the compilation’s re-branding and re-release as ‘Second-Hand Soul’.

A bit confusing, yes, but nothing confusing about little Miss Modest’s attack on ‘Never Did I Stop Loving You’. Worth investigating when it’s re-released April 15th. ‘Second-Hand Soul’ will be released digitally two weeks later.