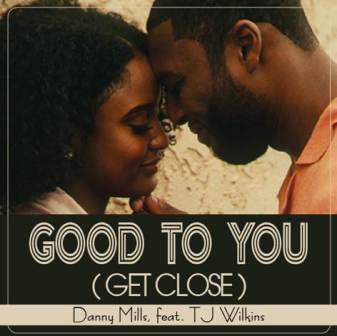 SCIENTIFIC SOUL/VTRIBE MEDIA is a new name to me … and I suspect to you but their motto is “MUSIC FOR YOUR HEAD HEART AND SOUL” and you can judge the veracity of that when they release a compilation album at the start of October. The set is called ‘GHETTO SERENADE (SOULFUL MUSIC FROM THE BLOCK) AMERICA TO AFRICA’ and, we’re told, the aim is to raise funds and awareness to benefit the global anti bullying/anti racism movement. Artists on the Album will include NE’YO , CARLOS SANTANA , AHMED SOULTAN (from Morocco) ALABAMA SHAKES, RED HOT CHILI PEPPERS , OFFSET , KRAZEY BONE , GEORGE CLINTON , GUCCI MANE , WIYAALA (from Ghana) , and WILL.I.AM .

The LP’s first single comes via UK producer DANNY MILLS and American Voice contestant TJ WILKINS. Their tune is five minutes of absolute gorgeousness called ‘Good To You (Get Closer)’ and I can say no more than to suggest that if this was presented as a long lost Marvin Gaye track circa ‘Here My Dear’ you would not bat an eye lid… yes, it is that good…. believe me! The cut is already all over Jazz FM and Mi Soul, and rightly so. It’s out now and miss it at your peril… bring on the album!