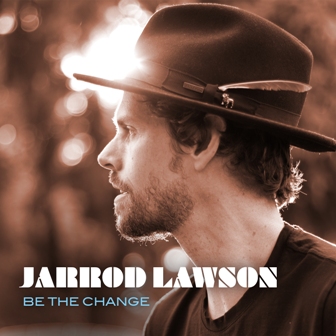 It was in August that Portland singer/songwriter JARROD LAWSON announced he was preparing a new album release and as a taster, Mr. L about to release the first single… the album’s title track, ‘Be The Change’.

The  tune is a gentle but heartfelt plea for change and the sweet, layered  vocal and the light Latin flavour makes it that much more beguiling and convincing . Jarrod is accompanied by a band that benefits from the rhythmic presence of Grammy-nominated percussionist Sammy Figueroa. Figueroa has been playing in Jarrod’s live band on US and European dates for the past 18 months.

The single ‘Be The Change’ is released on Dome Records on September 25th and the album of that name follows on October 30th.