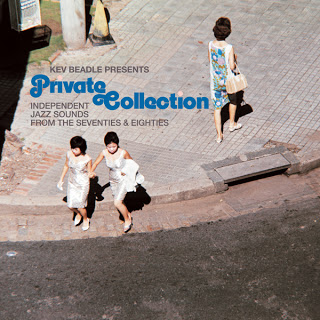 Hastings-based bbe Records (Barely Breaking Even) are currently promoting a clutch of interesting releases. First up is a single from BODDHI SATVA – the acclaimed producer/writer/performer from the Central African Republic. The track is ‘Ngnari Konon’. It features Malian vocalist OUMOU SANGARE and is taken from SATVA’S debut album ‘Invocation’. SANGARE is best known for her Grammy Award winning 2011 collaboration with HERBIE HANCOCK but here she ventures into house music territory for the first time. The tune’s a huge slab of Areocentric dance and comes in a plethora of mixes (10 to be exact!). Amongst them, there are two from SATVA’S mentor LOUIE VEGA (check out his hypotonic, thumping Ritual II Mix) and a percussive tweak from JOSH MILAN.

Second bbe biggie is a new 12 track album compiled by DJ/producer/promoter, KEV BEADLE. BEADLE’S work pedigree goes back to the 80’s when he worked with names like PAUL OAKENFOLD and GILLES PETERSEN in and around London’s trendiest clubs. Through the early nineties KEV put together a serious number of jazz, soul and funk compilations for various labels. These included the famous ‘Capitol Rare’ series for Blue Note. Since then he’s worked in all areas of the music biz – most famously maybe holding down the longest running residency at the Southport Weekender. Now he’s making a return to album compiling with ‘Private Collection’ – a ten track set of jazz dance numbers which KEV says form the musical journey he made in his early days in the business. The tunes are eclectic and now hard to come by and they include JAMES WILLIAM’S ‘Flying Colours’, THE PHARAOHS’ ‘Freedom Road’ and JOHNNY WALKER’S ‘Pipping’.

Soul man, BILAL is the focus of bbe’s third newie. His new 14 tracker, ‘A Love Surreal’, promises to be one of 2013’s most adventurous soul sets. The long player, we’re told, was inspired by the paintings of SALVADOR DALI and the singer says that he hopes that the music mirrors DALI’S art whilst exploring love in all its facets. Lead single is ‘Back To Love’ – a sinuous slab of neo-soul, while amongst the set’s guests is ROBERT GLASPER with whom BILAL worked on ‘Black Radio’… expect a review here @SJF soon… and don’t forget bbe’s great ‘Disco Love 3’ compilation. There’s a review of that one in our archive.