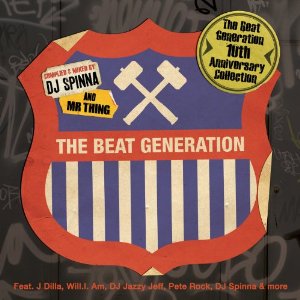 Barely Breaking Even Records – bbe to their committed fans, have just released four great albums – all of which deserve checking out. First up there’s a tenth anniversary collection based around bbe’s wonderful ‘Beat Generation’ series. The idea behind the series is to allow top soul and hip-hop musos to pick and mix their favourites without the constraints and licensing issues that major labels often throw up. Here bbe have allowed DJ SPINNA and MR THING to look back over the previous nine sets and pick the very best – then go away and tweak them in their own way. Between them, the boys have worked on stuff like KING BRITT’S ‘Transcend’ and DJ JAZZY JEFF’S ‘We Live In Philly’ which of course helped launch JILL SCOTT’S career.

Second goodie on the bbe list is an eight tracker that looks at what’s currently coming out of JOHNNY DE MARIO’S famed Brooklyn studio, Henry Street. ‘Henry Street Grooves’ features music from THE FORCE, E-SMOOVE, DJ DUKE and others and it’s soulful, funky house all the way. The flavours are more hip-hop on T.R.A.C.’s ‘The Network’. Produced by MARC MAC the 15 tracker shows where Brooklyn hip-hop is at right now.

The fourth new bbe set is a great soulful dance compilation from top Scottish DJ, AL KENT. Those who like their soul laced with irresistible beats will find The Jock jock’s ‘DISCO LOVE Volume 2’ superb throughout. Go to our review pages for a full run down on the album.