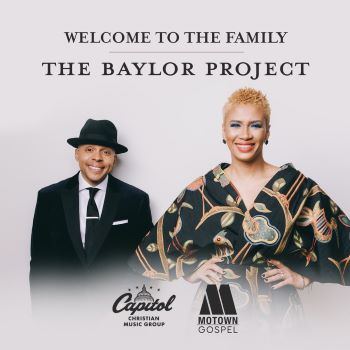 Back in May we featured a lovely new album, Generations’ from THE BAYLOR PROJECT. Based in New York, its members are husband and wife Marcus and Jean Baylor. Anoraks will also know that Marcus was the drummer with the Yellowjackets while Jean was part of the ultra-successful Zhané. As the Baylor Project they debuted in 2017 with the album, ‘The Journey’ which garnered two Grammy nominations.

2021’s ‘Generations’ was their  spiritual jazz  and gospel flavoured sonic version of the traditional US family-sewn, heirloom quilt. Quilt making has long been a tradition with black families  and as the quilts are handed down and modified through the generations, so family traditions and histories are cemented. The Baylors said that ‘Generation’s is their musical quilt for the 21st century; “a celebration of the universality of the human condition, viewed through the lens of the Black experience.”

The album was a Grammy nominee and stirred plenty of music business interest in the Baylors – most notably from Universal. That major has now signed the Baylor Project to their Motown Gospel label and ‘Generations’ is now being re-promoted and is now streaming on all major platforms.