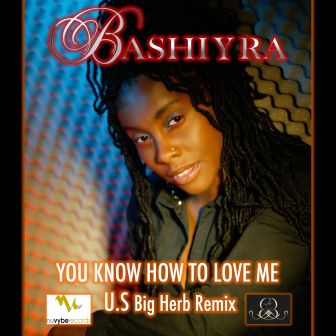 Seasoned session singer BASHIYRA debuted in 2009 with her solo album ‘Thought You Knew’ and a month or two back she won more friends with her sparkling single ‘Just Can’t Be Wrong’. Produced by Herb Middleton for his Nu Vybe label, the song quickly became a modern soul fave – especially in its wonderful Soul Talk remix.

The single has just been officially released and the good news is that its B side is a fab new version of dear Phyllis Hyman’s ‘You Know How To Love Me’. Herb Middleton has given the wonderful song a sparkling new arrangement and Bashiyra does it proud and it all augers well for the lady’s up-coming Spring album.

If you’re in London, Bashiyra plays the Jazz Café Tuesday Dec 23rd – as part of the DIVA’s night – which also features NATASHA WATTS and TIMOTHA LANAE.