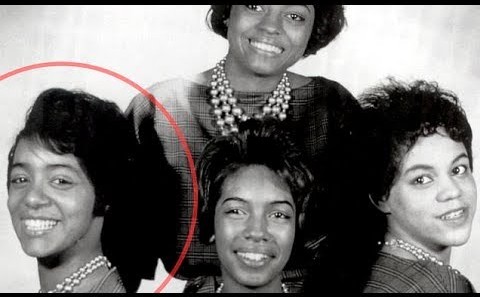 New agencies are reporting the death at age 76 of BARBARA MARTIN, an original member of the Supremes. Ms Martin died on Wednesday 4th March in her hometown of Detroit.

Barbara left the group in 1962 after becoming pregnant and the three “remainers” decided to continue as a trio… the rest, of course, is….

Ms Martin brought up a family, gained a degree in psychology and worked in mental health. She never talked about her Motown days till she gave an interview with old friend Mary Wilson for the special re-release of ‘Meet The Supremes’. In the interview she confirms that it was Florence Ballard who came up with the “Supremes” name. She said she had no regrets on leaving while Mary Wilson opines that Barbara was the only Supreme to find the love of her life and stay with him… Barbara was married for almost 50 years!

Barbara is pictured at left of our quartet picture.