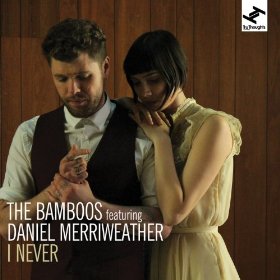 Australia’s premier soul outfit, THE BAMBOOS, have just released the second single from their experimental album ‘Medicine Man’. The cut is the catchy ‘I Never’ which features DANIEL MERRIWEATHER on vocals. The song is typical of the soundscape of ‘Medicne Man’; that’s to say it’s a multi-layered slice of soulful pop with an infectious melody which is perfectly delivered by MERRIWEATHER’S soaring vocal.

The single comes as the original album track … though there’s also two mixes available. The first comes from LANU (alter ego of BAMBOO main man, LANCE FERGUSON) and it takes the song into dreamlike territory. The other tweak – ‘The South Seas Remix’ – is heavily electronic and maybe soul folk should stick with the original. The fourth track on the single is a live version of ‘Medicine Man’ with ELLA THOMPSON on vocals… catchy as ever.

‘I Never’ by the BAMBOOS – featuring DANIEL MERRIWEATHER is out now on Tru Thoughts Records.