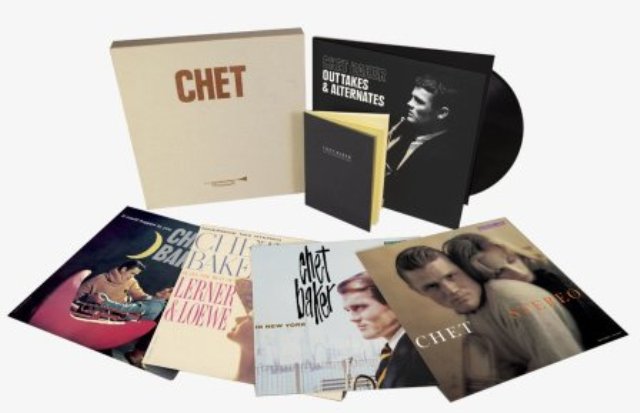 Fans of cool jazz in general and CHET BAKER in particular will be delighted to learn that CRAFT RECORDINGS are set to issue a deluxe five-LP box set and digital release of Chet’s ‘The Legendary Riverside Albums’ .

This new collection presents the man’s output as a leader for the renowned jazz label Riverside Records recorded and released between 1958 and 1959. Albums included are ‘(Chet Baker Sings) It Could Happen To You’, ‘Chet Baker In New York’, ‘Chet’, ‘Chet Baker Plays The Best Of Lerner And Loewe’, plus a bonus LP with outtakes and alternates.

The recordings feature jazz greats like Bill Evans, Kenny Burrell, Johnny Griffin, Paul Chambers and Philly Joe Jones while the LPs have been cut from their original analogue master tapes and pressed on 180-gram vinyl. Also included are a collectible photo print and a 16-page booklet filled with photos and insightful new liner notes by jazz historian Doug Ramsey.