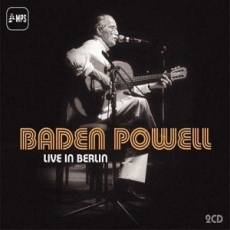 BADEN POWELL, who died in 2000, was one of Brazil’s most acclaimed bossa nova, samba and violao guitarists. Just months before he died he played a concert at Berlin’s Volksbhuhne Concert Hall and now German jazz label, MPS, have released a live recording of the show.

BADEN POWELL ‘LIVE IN BERLIN’ comes either as a 3 LP or 2 CD set while a DVD of Powell’s performance is also available. During the show, the guitarist played many of the tunes for which he was so acclaimed including ‘Samba Triste’, ‘Berimbau’ and ‘Manha De Carnival’.