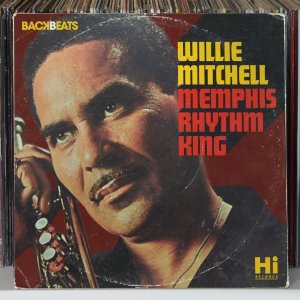 In 2010 HARMLESS RECORDS launched their successful ‘Backbeats’ compilation series. They released over 30 albums and, sold at budget price, they garnered more than healthy sales figures. Encouraged, the Harmless people have now expanded the ‘Backbeat’ series to feature single artists and groups and they’ve just issued the first five CDs.

Three of the collections focus on the Invictus and Hot Wax stable. First up there’s ‘The Creative Corporation’ – an 18 track look at the work (as artists) of EDDIE and BRIAN HOLLAND and LAMONT DOZIER for their own Invictus label. All the big tunes are here including ‘Why Can’t We Be Lovers’, ‘Don’t Leave Me Starving For Your Love ‘ and the ever-lovely ‘New Breed Kinda Woman’. Invictus’ sister label, Hot Wax is the source for Backbeat’s retrospectives on LAURA LEE and THE HONEY CONE. LAURA’S album is aptly called ‘Supreme Soul Diva’ and offers a generous 20 cuts including ‘Wedlock Is Padlock’ and the epic ‘Guess Who I Saw Today’. ‘Scorching Soul Trio’ is the title of the HONEY CONE’S 22 tracker and you can bet ‘Want Ads’ is in there… along with stuff like ‘While You’re Out Looking For Sugar’ and ‘One Monkey Don’t Stop No Show’

WILLIE MITCHELL is the subject of Backbeats’ fourth new release. ‘Memphis Rhythm King’ offers the very best of his Hi output as an artist including ‘The Champion’ and the ever popular DON BRYANT vocalised ‘That Driving Beat’ and ‘Everything’s Gonna Be Alright’.

More esoteric maybe is the fifth new Backbeat album – ‘Shreveport Soulstress’ from TOMMIE YOUNG. An underrated diva, this 16 tracker looks at her early work for the Soul Power label.