BACK TO CLASS AGAIN … 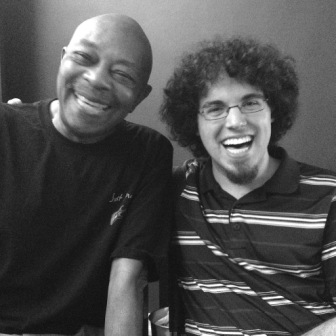 One of last year’s most intriguing soul projects was DREW SCHULTZ’S ‘Back Ro Class’ album. Schultz – long-time drummer with the 4 Tops road band – put the album together with some of the remaining members of the Motown Funk Brothers session team and the music was a joyous celebration of classic uptown soul. More importantly a portion of the royalties went to worthy music projects in Detroit schools. (Check our archive for more information and a review of the album).

On September 1st Drew will be following up the album by releasing a brand new single – ‘Take It Slow’ which features legendary guitarist EDDIE WILLIS – a key member of the Funk Brothers who’s played on hits by Marvin Gaye, The Miracles, The Temptations, 4 Tops, Mary Wells and just about any other Motown artist you can name.

The song’s been specially written by Drew and features DELBERT NELSON on lead vocals. Nelson is a permanent member of the Funk Brothers touring team and the song is a great slice of old school soul. Once again half of all the profits from the single will go to music initiatives in Detroit’s public schools.

TAKE IT SLOW will be available to download from all the usual internet portals and there’s currently a preview of the song running on You Tube.