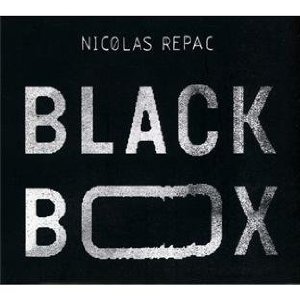 ‘Black Box’ is the new album from French guitarist/producer/composer/DJ NICOLAS REPAC . REPAC works out of studios in Montmartre, Paris and ‘ Black Box’, is his fifth album. It’s also his most ambitious –being an electronic interpretation of the blues and similar musical formats that have been born out of hardship and pain.

As source material REPAC’S worked from the 30s recordings of blues archivist ALAN LOMAX, from the music of Angolan singer BONGA, from archive sound sources of Serbian gypsies, from Haitian story tellers and much more … why even the great BO DIDDLEY is referenced!

We won’t pretend that ‘Black Box’ is an easy listen. It isn’t … but what it does is reintroduce the music of trauma into a contemporary setting. REPAC calls it a “journey into the source of the mother of all music” and serious students of proper soul might be minded to investigate.