BACK TO BASICS! MACY GRAY RETURNS WITH NEW ALBUM, STRIPPED. 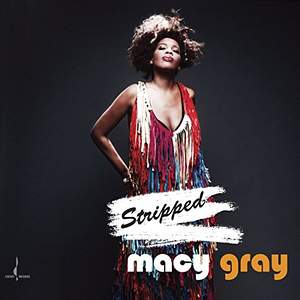 The Grammy-winning singer with the distinctive husky voice is back. Ohio-born MACY GRAY returns to the fray with a stupendous 10-track album on the Chesky label called ‘Stripped.’ The title refers to the pared-down, organic feel of the album, which features Macy’s incomparable voice framed by super-cool jazz-meets-blues-style arrangements from trumpeter Wallace Roney, guitarist Russell Malone, drummer Ari Hoenig and bassist Daryl Johns. Highlights include a stunning acoustic version of Macy’s Grammy-winning song from 1999, ‘I Try,’ and a fresh spin on Bob Marley’s ‘Redemption Song.’

Uniquely, the record was made using a single microphone to record Macy and the band and is released as part of Chesky’s audiophile binaural + series.

The album is available on September 23rd. Look out for a full review at SJF soon.