BACK ON THE PHILLY BEAT…. 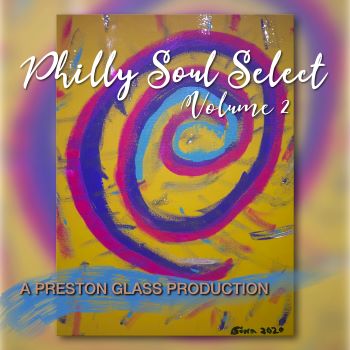 The idea behind the album is straight forward. Preston simply wants to pay homage to the great music that came out  of the City Of Brotherly Love in the 70s and 80s . You may well remember that Preston served much of his musical apprenticeship working with Philly legend Thom Bell and now working with British muso and Philly fan/expert, David Nathan, he feels the time is right to once again turn the spotlight on Philly’s fabulous soul heritage by offering new versions of some of the very best.

‘PHILLY SOUL SELECT VOL. 2’ opens with a new version Teddy P’s ‘You’re My Latest, My Greatest Inspiration’ featuring the voice of Terrill Williams – a great opening gambit; a sweet female voice replacing the expected stentorian attack of Mr. P! The closing track sees a revamped Delfonics tackle one of their hits – ‘Break Your Promise’ – intriguing! In between there’s plenty more intrigue and interest.

Amongst the highlights is ‘Keep You To Your Promise’ from the Stylistics. This is not a Philly oldie; rather a new(ish) song penned by Felton Pilate but with Glass in the producer’s chair and the honeyed voices of the Stylistics, it’s bob on the album’s raison d’être. Speaking of the Stylistics, their ‘Stone in Love With You’ is included – here fronted by the voice of Kris Aubry with a faster production than the original. The Stylistics ‘Pharoah’s Dream’ is also re-imagined on the album with input from David Nathan, Najee and Will Downing. Amongst the other Philly classics are ‘Use Ta Be My Girl’ from Terrell Edwards.

Amongst the strictly non-Philly songs is a lovely ‘Got My Swagger Back’ from now long-time member of the Temptations, Ron Tyson. Like a couple of the other cuts, this one’s been around before – but great to have ‘em all anthologised like this.

PHILLY SOUL SELECT VOL. 2   is out now via SOULMUSIC RECORDS in association with PLATINUM GARAGE RECORDINGS