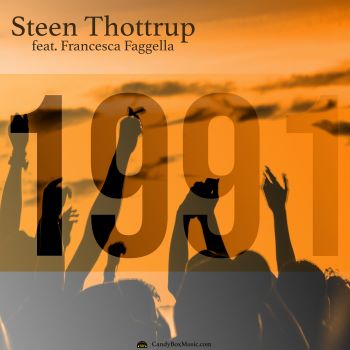 Denmark’s STEEN THOTTRUP is a veteran of the chill out scene. Indeed he debuted back in 1991 when, he tells us, he “discovered Ibiza”. So to celebrate the last 30 years, Mr T is set to release a new tune simply called ‘1991’. It’s meant to be an audio snapshot of that year and what it means to him. For sure, there’s a  definite Balearic vibe but there’s also hints of break beat, Italo house and some Spanish guitar. The laid back vocal come courtesy of Francesca Faggella. The release also comes with a piano led house mix from Luca Guerrieri.

‘1991’ won’t be every one’s  cup of tea (did they ever serve that as the Cafe del Mar?) but if you yearn for those  lazy, crazy days of yore you may want to investigate. Great sleeve too!