BACK IN THE GOOD OLD DAYS…. 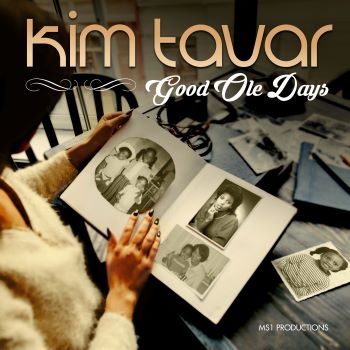 KIM TAVAR(ES) is a US soulstress  whose 2021 long player ‘My Story’ was well received by the soul community while her single, ‘Tired (Did You Hear Me Now?)’ won the hearts of soul ballad fans. Back then Kim was affectionately known as “the Singing Policewoman” as she worked for the Boston Police Department. Don’t know if she’s still in the service, but musically she now prefers to be known as KIM TAVAR.

That’s the name on the lady’s’ lovely new single, a nostalgia packed ‘Good Ole Days’. The song succeeds in taking you back to perceived simpler times  – “when neighbours’ looked out for each other … when people weren’t worrying about cell phones or social media.” The lyric, penned by Kim, cleverly incorporates  plenty of old school song titles and the warm melody and sensitive, soulful delivery emphasises the nostalgia quotient. It really is a trip down Memory Lane! Interestingly, the “very American” production is down to London’s MS one productions – Mike DJ blue Harrison and George Geo Harrison.