BACK IN THE BASEMENT…. 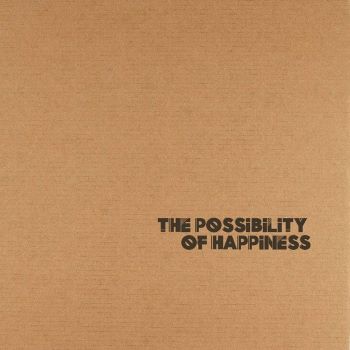 Soul Basement have just issued a new 10 track album, ‘The Possibility Of Happiness’ and, as you’ll probably guess from that title, like Fabio’s previous recordings the collection offers food for thought. Some years ago, Fabio explained his musical mission statement to us. He said: “Most people today think of music as a way to have some temporary fun, but there’s way more to it than just mere pleasure. A good song can also make you reflect on the many aspects of life, of the world we live in, sometimes it can give you the reason that you’ve been missing, and in some cases even awaken you. We believe today, more than ever, there’s a need for a rediscovering of the true purpose of art, which is not showing off, but transcending the ego, and showcasing the hidden qualities of our human condition.”

So as on previous Soul Basement albums, ‘The Possibility Of Happiness’ explores a whole raft of issues… civil rights, human dignity, poverty, homelessness, mutual respect, universal love, materialism amongst them. Sonically, though, this album is a little different. The instrumentation is chiefly electro and Fabio describes it as “a sort of hip-hop record” and, yes, there’s rhyming a-plenty. But it’s never aggressive or in your face; rather it’s a subtle take on the genre which in some ways reminds me of those early Guru solo albums. Aaron Kaye helps Fabio out throughout the album – he supplies the distinctive rhymes and soulful vocals.

Amongst the key tracks is ‘The Good Question’ – a brief spoken word piece with the protagonist walking the city streets and musing over rich and poor, highs and lows and what we could call ‘The meaning of life’! Amongst the other tracks are ‘Get Rich’ and ‘The Lesser Evil Suite’ and from those titles you can guess the flavour – questioning and thoughtful but never righteous or bombastic. Most complete “song” is ‘Curtain Call’ which, despite some clever electro effects, harks back to the golden age of neo-soul – there’s a definite Maxwell flavour here.

Like all Soul Basement albums, ‘The Possibility Of Happiness’ is never less than interesting and it’s out now!