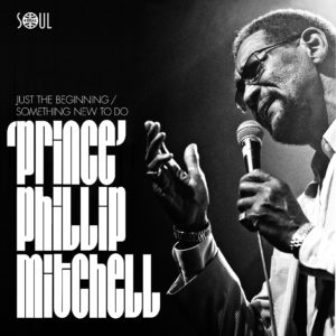 Last month we spotlighted SOUL 4 REAL…. an indie soul label that specialises in releasing quality soul on 7″ vinyl. We highlighted three of their singles in their catalogue of nine records – one from Calvin Richardson, the other two from Jimmy Gresham.

Here’s a rundown of Soul 4 Real’s other singles, starting with possibly the most eye catching… two previously “new” 2015 sides from PRINCE PHILLIP MITCHELL…. ‘Just The Beginning’ / ‘Something New To Do’. Two classic Mitchell sounds … the first an alternative version of one of his well-known items, while the latter is his version of a song maybe better known in the Bobby Sheen version.

Fans of group soul will be delighted by two singles offering four cuts from THE MASQUERADERS. The first 7″ pairs ‘Prophet Of Love’ / ‘You´re The One’ while the second offers ‘Oh My Goodness’ / ‘We Fell In Love’. There’s a tougher group sound on the ANGLOS’ ‘Broke Down Piece Of Man’/’Four Walls Of Gloom’. The former is a cover of a Sam and Dave song and, listening, it’s easy to hear why when their best known outing, ‘Incense’ was released in the UK, many thought that the lead singer was Stevie Winwood!

Soul 4 Real’s remaining two releases represent the best of southern country flavoured soul. DAN PENN’S ‘Blue In the Heart’ / ‘Time To Get Over You’ have the flavour of demos and anoraks might well know ‘Blue In The Heart’ in the Irma Thomas version. WILSON WILLIAMS was the cousin of Jerry “Swamp Dogg” Williams and once worked as a member of the Platters; but his Soul 4 Real single offers two of his rare 70s solo outings…. ‘Ghost Of Myself’ / ‘Don´t Let My Foolish Words Keep Us Apart’.