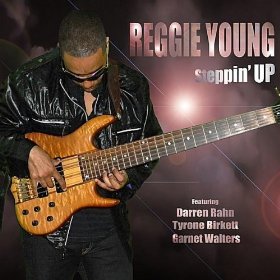 For almost forty years REGGIE TORIAN has been the lead singer in the IMPRESSIONS… working with FRED CASH and SAM GOODEN to keep alive the legacy of the iconic group and their original leader, CURTIS MAYFIELD.

Reggie- or to give him his full moniker Reginald Torian Sr. – has also been playing the part of Curtis Mayfield in the stage production , ‘It’s All-Right To Have A Good Time: The Curtis Mayfield Story’ and for his acting prowess in the show he’s just been awarded the prestigious Sammy Davis Jr. Award for Best Lead Actor. Reggie was honoured in Chicago on Saturday 18th October at the city’s Black Ensemble Theatre and the ceremony was part of the annual Black Theatre Alliance Awards which strives to honour African Americans who achieve excellence in theatre, dance and all other areas in the performing arts in the Chicagoland area. Our picture shows Reggie on the night with his proud mother, Rheda Bell, and other family members.

The Curtis tribute show was also Reggie’s idea. He brought the theatrical idea to producer/writer/director, Jackie Taylor who staged the highly acclaimed production at the Black Ensemble Theatre for an extended seven month run and we’re told that there are ongoing talks to turn the show into a movie

In the meantime there’s still no news of the long-promised new Impressions album on Dap Tone, though there is a new version of ‘Gypsy Woman’ circulating on the internet…. maybe, then, there is some progress. Find out more on the Impressions and Reggie Torian @ www.reginaldtoriansr.com