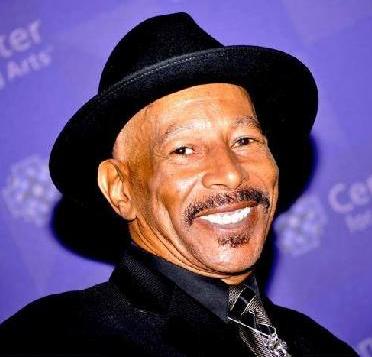 Soul and jazz singer/songwriter AUGIE JOHNSON (best known for his time in Side Effect) died on Friday 10th October. He was 66 and his death was reported by his girlfriend who found him dead on the morning of Saturday 11th. She’d been worried that her phone calls to him and not been returned and on entering his home found him dead.

August William Johnson was born in New Orleans in 1948 and his musical interest was stirred when as a child he learned clarinet and sang in a boys choir. One of the choirs he sang with, it’s reported, backed Frank Sinatra on his recording of ‘High Hopes’!

After mastering the sax, Augie formed a band called The Jazztronuats but they came to nothing when Augie joined up with Uncle Sam. In the 70s, and living in L A, he formed a new band – the Cultures, who eventually morphed into Side Effect. The band mixed soul with jazz and even added elements of humour to their music and performances and though never major stars, Side Effect were always popular with sophisticated soul fans and were noted for a succession of fine female leads which (at various times) included Miki Howard, Sylvia St. James and the wonderful Helen Baylor. Side Effect hit the charts several times , most notably with ‘Always There’, ‘Make You Mine’ and their version of ‘Keep That Same Old Feeling’ . Johnson also scored hits with his group’s backing band, The Boppers, who under the name L A Boppers enjoyed success with the Johnson songs ‘Watching Life’ and ‘Is This The Beat’ . Johnson also worked with Pleasure, Wayne Henderson, Esther Phillip, Light Of The World, Boz Scaggs and Michael Jackson.

Johnson’s personal life was at times controversial too. He enjoyed a lengthy relationship with Miki Howard and Augie had two sons with her – Brandon and Nicholas. Show biz rumours abounded that Brandon was actually fathered by Michael Jackson but Augie was adamant that he was Brandon’s father, going on oath saying; “I KNOW Brandon’s my son – I was there in the delivery room, I have the pictures of him being born. I got the records, I got everything. Before me, Miki wasn’t with anyone else – she didn’t even know Michael at that time. But you know what – I love my son and he can do whatever he likes. I’m not tripping on this – I want Brandon to have a successful career.”

Various incarnations of Side Effect worked over the years, and in 2012 with ‘Augie’s Side Effect’ Johnson was back in the studio and as late as two weeks ago Johnson was performing in a ‘Legends And Icons’ festival in the San Fernando Valley where Kathy Sledge sang lead parts on Side Effects’ hits.