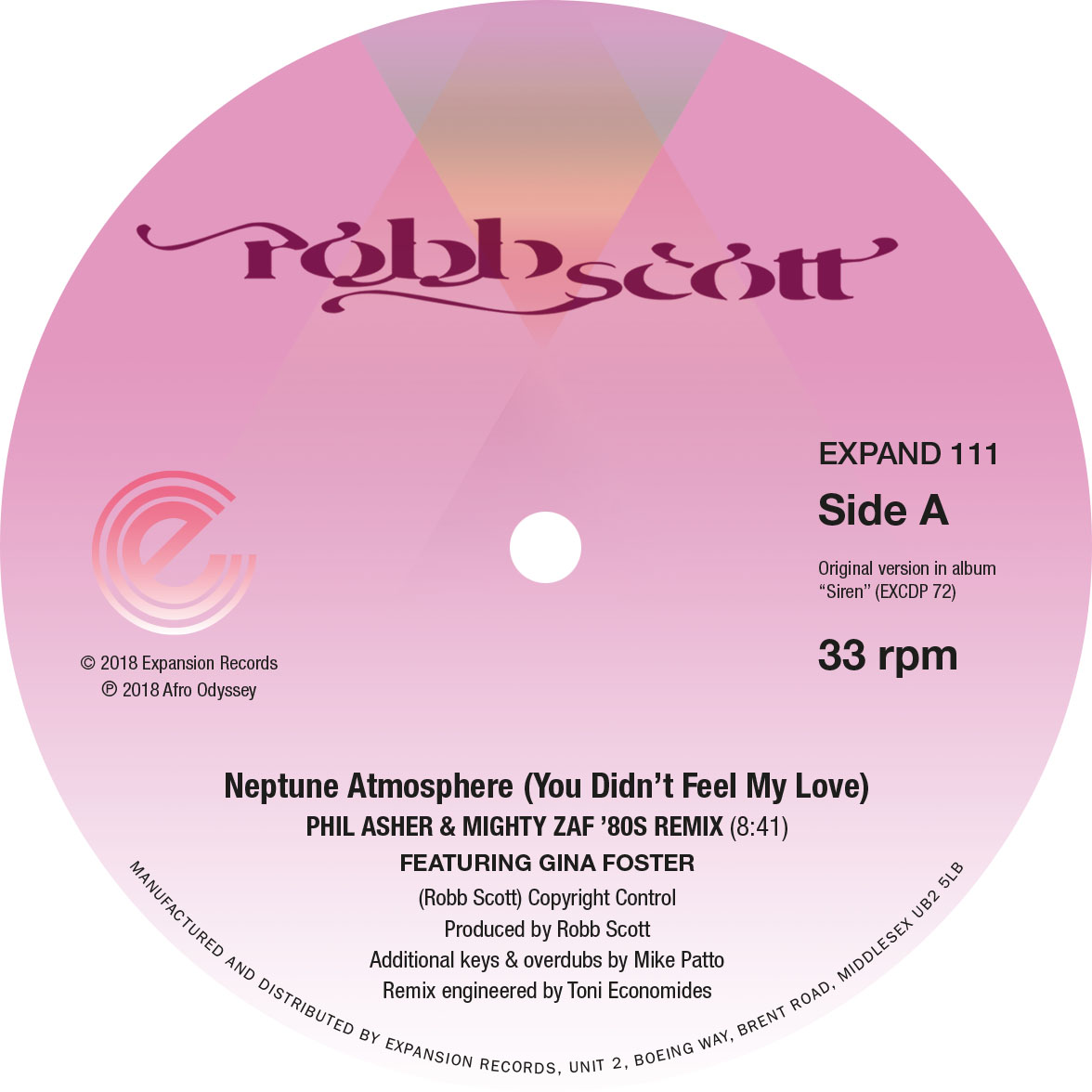 It wasn’t everyone’s fave cup of modern soul tea but ROB SCOTT’S ‘Siren’ album made considerable waves –especially with those whose ears are maybe more adventurous than your average soul punter. From the lengthy long player, DJs (radio and club) picked up on one big cut – ‘Neptune Atmosphere’.

The tune is a classy modern vibe fronted by the wonderful Gina Foster and at release we described it as “a bold, brass-laden groove with a hint of Donald Byrd” and we’re pleased to report that the cut has now become available as a single in an intriguing Phil Asher & Zaf remix. Clocking in at a never-less-than-interesting 9 mins 20 secs, the duo keep that Byrd/Mizell flavour and the lovely beats. If you like your soul with intrigue and interest, you’re advised to investigate! By the way, it’s released on Expansion – so some kind of guarantee there!