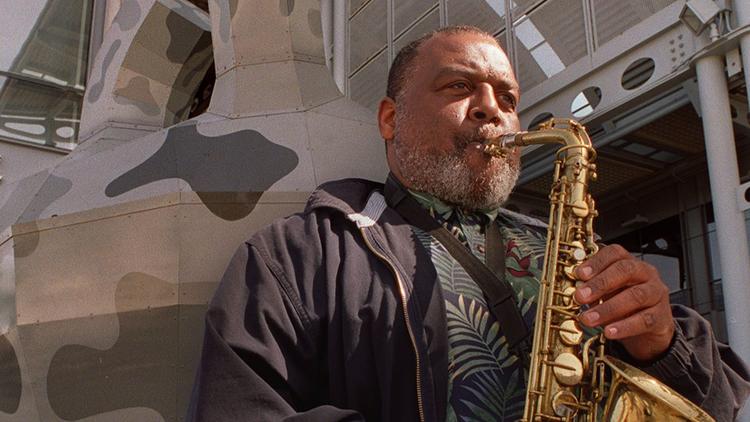 Born in Los Angeles, he started out as an R&B player in the early 1960s but ventured into jazz via pianist Horace Tapscott, joining his collective called UGMMA (the Underground Musicians And Artists Association). Moving to New York in the early ’70s, Blythe found work initially hard to come by and ended up working as a security guard at an ‘adult’ shop before getting his big break with drummer Chico Hamilton’s band. He also played with renowned arranger Gil Evans in the mid-’70s and then cut his debut album, ‘The Grip’ – as Black Arthur Blythe – for a small indie label, India Navigation in 1977. In 1979, however, Blythe was signed to major label, Columbia, where he issued a string of fine, critically-acclaimed LPs, including ‘Lenox Avenue Breakdown,’ ‘In The Tradition,’ ‘Illusions’ and ‘Blythe Spirit’ (all four album were recently reissued together as a CD set by the UK’s BGO label).

Blythe stayed with Columbia for nine albums until 1987 and then enjoyed shorter stints at the smaller Enja and Savant imprints. His last album was ‘Exhale,’ issued in 2003 but shortly after that, Blythe was diagnosed with Parkinson’s disease and in recent years other health issues took their toll on him.

Though affiliated with the avant-garde jazz movement, Blythe mostly made accessible music where he demonstrated that he was able to successfully bridge the divide between post-bop concepts and those of the jazz tradition. He also had a distinctive reed sound characterised by an acerbic tone and wide vibrato.