AT THE TOP OF THE STAIRS 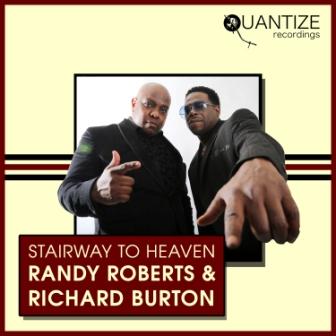 The latest offering from Quantize Records is a wonderful re-working of a little-known O’Jays tune, ‘Stairway To Heaven’. The song first surfaced, I think, as the B-side to the group’s ‘Livin’ For The Weekend’ and since then Philly connoisseurs have revered it for its soulfulness and danceabilty.

For this new version Quantize’s DJ Spen has paired RANDY ROBERTS & RICHARD BURTON who, while paying total respect to the sound of Philadelphia, bring the tune right into the 21st century especially on the original mix which comes in a radio friendly edit as well as an epic version that maximises those sweet strings. The other mixes come courtesy of Direct Drive and John Morales and there’s little to choose between them. All three tweaks are guaranteed to lift your spirits… and isn’t that what great soul music is all about?