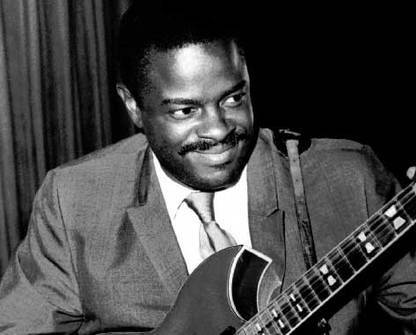 Born in 1937, Wright enjoyed a long and distinguished music career. He started way back in the era of doo-wop and rock n roll, but he’ll be best remembered for his work supporting soul stars of the genre’s golden age.

It’s estimated that Arthur performed on over 5,000 recordings – with the best known outings being Marvin Gaye’s ‘Let’s Get It On’, Diana Ross’ ‘Love Hangover’ and Thelma Houston’s ‘Don’t Leave Me This Way’. He played on countless other Motown recordings (including tracks with Stevie Wonder, The Temptations and the Jackson 5) and he enjoyed a close relationship with producer Hal Davis.

For a time in the 70s Wright was in a band of his own… the Wright Bros. Flying Machine and their 1978 Casablanca album is highly sought after.