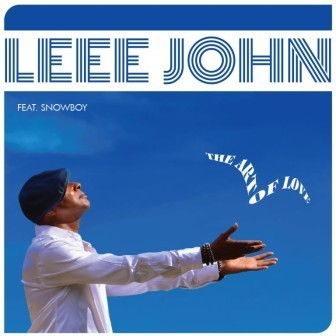 For some time now the best soul stations and a gaggle of switched on club jokcs have been playing out a cute little song, ‘The Art Of Love’ credited to a certain L J . We learned that “LJ” was actually LEEE JOHN and helping him deliver, is master percussionist SNOWBOY. The song is a slow, romantic builder but after about four and half minutes it all kicks off. The tempo takes flight as Snowboy does what Snowboy does best – hits you with all his best shots!

Investigations revealed that the 90s cut only existed in test pressings; then late last year it was set for official release… well, it’s been a while – but now ‘The Art Of Love’ is ready to go!

IZIPHO SOUL is issuing it on a special limited edition 7″ single, and, as was the way in days of yore, the song is spliced into parts 1 and 2 across the A and B sides and that makes great sense. It comes packaged in a picture sleeve with the label revealed by a circular cut-out, housed in a re-sealable bag.