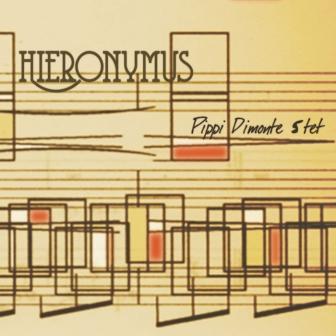 PIPPI DIMONTE is an Italian jazz double bassist and he’s just released his second album…. ‘Hieronymus’. Signor Dimonte says that the 8 tracker is like “a canvas of the great 16th century visionary artist (Hieronymus Bosch), in whose work vanguard met tradition”. He adds that Bosch has been the guideline to his own work – exploring sonic introspection.

You can make up your own minds, of course, and I’m no art expert but I can tell you that the 8 tracker offers real diversity and range (like Bosch’s canvases?). We’re particularly liking the swing flavoured ‘Pastis’ that conjures up heady images of 50s Marseilles. Quite different are the almost smooth jazz of ‘Hebony Dance’, the lugubrious ‘Macramé’ and the lovely ‘Mimi’ which features Donald Byrd-like trumpet from Simone Salvini. And that’s one of the album’s attractions. Though Dimonte and his bass are up there on the marquee, ‘Hieronymous’ is an ensemble piece and throughout the leader allows his players to stretch.