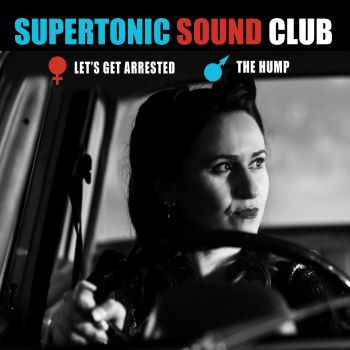 SUPERTONIC SOUND CLUB are an energetic 9-piece soul and funk band from Dublin. They have a clutch of singles to their name – one of which ‘Scherezade’ featured input from reggae star Dave Barker. Their tunes won air play and support in and around the Emerald Isle and with an upcoming album the team are hoping to break out to a wider audience.

With that mind the Supertonics are currently promoting a new single which pairs a brassy, building old school ‘Let’s Get Arrested’ with a tough and funky instrumental ‘The Hump’. The former features powerhouse vocals from Kristina Glasnovic and plenty of crazy brass work that has just a whiff of the Daptone sound about it. ‘The Hump’ is different again:  a simple, insistent funk workout driven forward by the interplay of the brass section and big Hammond sound stabs.

Both cuts are already winning support from Craig Charles and easy to hear why. They offer that tough, unpolished, organic soul/funk sound that he loves to espouse.

The single will be released on Amty Records on 12th February – vinyl, Cd and digital.