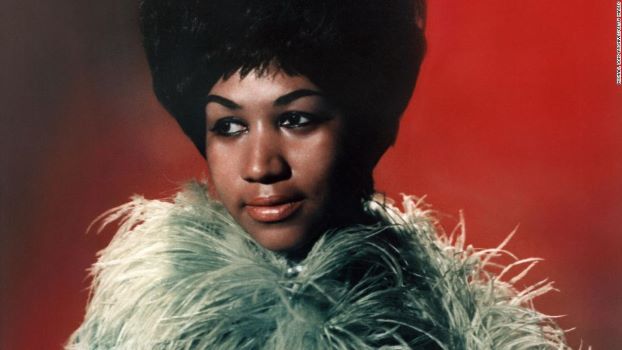 Dear ARETHA would have celebrated her 80th birthday this year. 2022 also marks the 50th anniversary of one of her most lauded albums – ‘Young Gifted And Black’. To mark the events BBC Proms is staging a very special concert, tomorrow, August 22nd at the Royal Albert Hall. The Prom will feature a collection of her greatest hits with a dynamic orchestral backing.

The orchestra will be under the leadership of Grammy award-winning curator, conductor, orchestrator, composer and hugely respected musical innovator JULES BUCKLEY (left) while  the vocal parts will be taken by Quincy Jones protégé SHELÉA.

This will be Buckley’s 10th consecutive year at the Proms. At the annual music festival he has led 17 concerts celebrating  the music of people like Quincy Jones, Scott Walker, Nina Simone and Charles Mingus… and now Aretha Franklin.  He says; “Can’t wait to return to the BBC Proms again this year, and it will great be unveiling this new ensemble, which I have modelled on the approach of the likes of Quincy Jones, Count Basie and James Brown. The hope is to honour the greatness of Aretha with this performance. As always, I feel super honoured and privileged to be able to share the stage with such incredible players. It will be exciting also to be part of such a momentous occasion and help explore the latest incarnation from the creative brain of Public Service Broadcasting and help realise that as part of the BBC Proms.”

This very special concert will be broadcast live on BBC Radio 3 tomorrow evening (22nd August) and shown in full in BBC Four on Friday 26th August. That night BBC Four will also be showing a recording of a 1993 duets concert (Smokey Robinson is one of the guests)  which will be followed by the movie ‘Amazing Grace’ and the show ‘Aretha, Respect’.