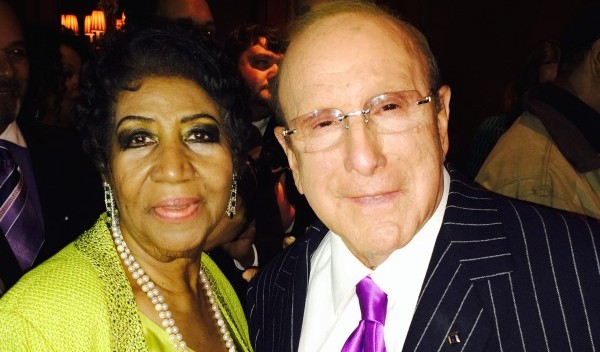 US music media sources reveal that ARETHA FRANKLIN is all set to release a new, “surprise” album. It seems everything is recorded and Babyface is just putting the final polish on things. The long player, set for a September 30th release, is an album of covers and includes the Queen of Soul’s versions of stuff like ‘Teach Me Tonight’, ‘Midnight Train To Georgia’, ‘People’, ‘I’m Every Woman’, ‘At Last’, ‘I Will Survive’ and ‘Nothing Compares 2 U’. Lead single is Aretha’s version of Adele’s ‘Rolling In The Deep’.

Executive producer on the album is Clive Davis (pictured with Aretha), who, ever the shrewd mover, is determined to make the September 30th release date…. the deadline for Grammy nominations. His people say that the album “isn’t just a covers album. It’s our premiere singer recording songs she’s loved and hasn’t had a chance to do. It’s important for that and so many reasons. Plus, we get to hear a lot of Aretha playing the piano, which is always a treat.”.… time will tell.