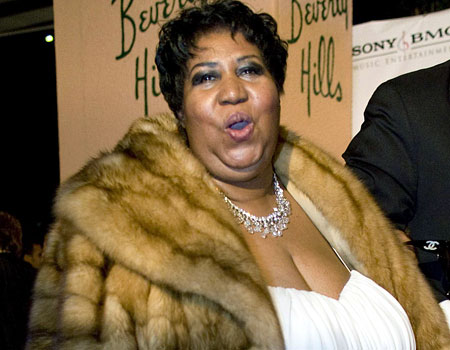 ARETHA FRANKLIN – still everybody’s Queen Of Soul – has been injured in a fall. It’s reported that she is now recovering after slipping in the bath and breaking several ribs. The accident means that the singer will miss two free concerts in Brooklyn – which promoters are busy trying to reschedule. Ms FRANKLIN joked that she “was very much looking forward to being in Brooklyn and having a foot-long hot dog at Coney Island!”. The fall has also meant the cancellation of a private performance at the birthday party of CHARLES RANGEL – a prominent Democratic Congressman.