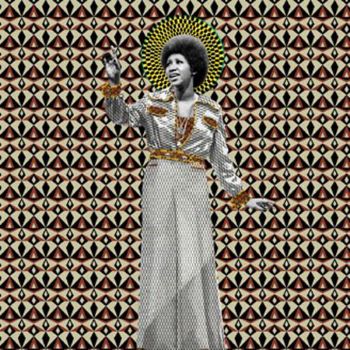 Last October we reported the release of a wonderful ARETHA FRANKLIN box set from RHINO RECORDS. It was simply called ‘ARETHA’ and was described as “4-CD and digital collection with 81 Tracks, including 19 previously unreleased alternate versions, demos, rarities and special live performances spanning an almost 60-year career.” For reasons never best explained the set didn’t actually get released last year but we’re reliably informed that it’s all good to go on July 30th.

Our previews reveal that the collection is arranged in mostly chronological order, seeking  to put Franklin’s life and career into perspective; thus,  the collection is accompanied by liner notes written by Rochelle Riley, author and director of arts and culture for the City of Detroit, and our old friend David Nathan, a music journalist (Blues and Soul, of course) and soul historian who interviewed Franklin more times than any other living writer.

The majority of ‘Aretha’ focuses on the Atlantic years . But there’s plenty of material from the Queen’s  pre and post Atlantic career including ‘My Kind Of Town (Detroit Is)’ and ‘Try A Little Tenderness’ – home demos that she recorded in 1966 to give Atlantic executive and producer Jerry Wexler an idea of possible material for her debut LP for label. The oldest track is 1956’s ‘Never Grow Old ‘ – her very first single, released on Chess/Checker.

For those who prefer this new-fangled vinyl thing, there’s an abridged 2 LP version available too. The 20 tracks cover Aretha’s whole career and include the working tape of ‘Until You Come Back to Me’, a previously unissued ‘You Light Up My Life’, and alternate take on ‘Call Me’  and an emotion-stirring, live version of ‘You Make Me Feel Like A Natural Woman’ recorded in 2015 at the Kennedy Centre Annual Honours show. If that doesn’t convince doubters that Ms Franklin was truly the Queen, then nothing will!