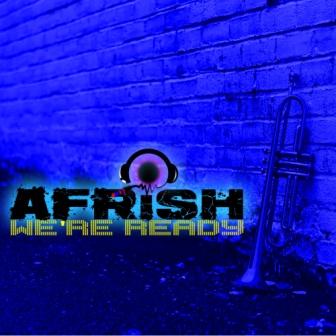 The oddly-named AFRISH are a new UK soul and funk band though the various members have been around for quite a while. Morgan Howell has been with Soulpersonna and Terry Lewis was a key member of Mama’s Gun. The other players are Ben Edwards and Richie Beesley while the whole crew are marshalled by UK veteran muso Lee Murthwaite.

The band have just released their first single – a tasty slab of good ‘ole jazz funk, ‘We’re Ready’. Released on Murthwaite’s own SO-UK label, it’s totally hypnotic and sure to become a big club fave; the beats are bob on and the brass figuring quite lovely…. there’s a vocal mix on the way too. More about that when we have one!