ARE YOU READY FOR THIS? 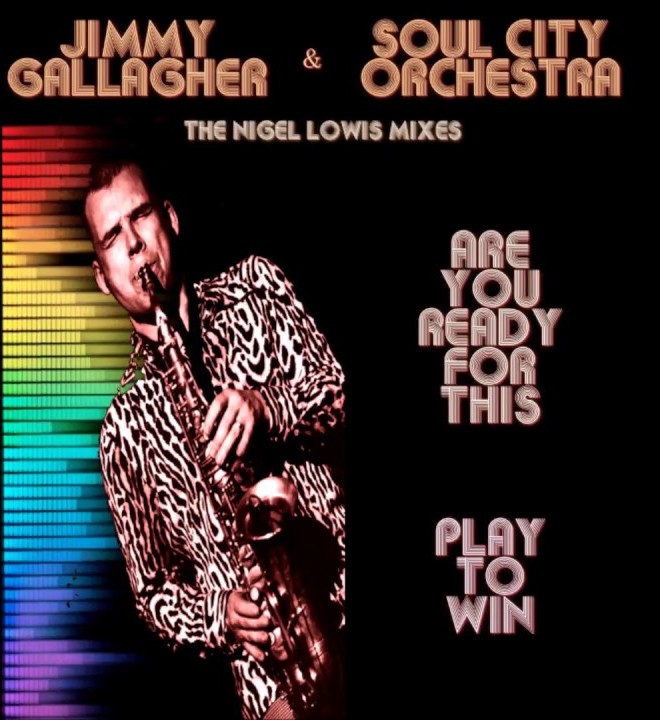 Scots sax man JIMMY GALLAGHER is a legend in his own lunchtime! He started playing aged just 10 in his father’s pub, graduated to a band called Moroccan Coco (honest) before gigging with Wet Wet Wet.

After stints in London and Germany, young James ended up in Mallorca playing the club and bars but regularly returning to London where he’s in demand as a top session player. Last year he broke out on his own with the single ‘Soul City Theme’. Backed by the “Soul City Orchestra” the cut was a stomping success which Mr G now follows up with a big, beefy dancer – ‘Are You Ready For This?’

It’s an hypnotic affair, maybe best described as Philadelphia meets Northern soul. It’ stuffed with catchy, familiar musical clichés… but nothing wrong with that!

Backed by ‘Play To Win’, the single will be available via DSG from February 23rd. Recommended.