Are You Ready For More Freddie 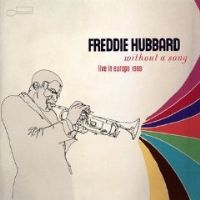 Unsurprisingly, interest in the back catalogue of the late great jazz trumpeter, FREDDIE HUBBARD, has increased exponentially since his death last December. The US reissue company, Wounded Bird, has just unleashed a batch of ’70s albums that Hubbard recorded for both the CTI and Columbia labels. As well as reissuing the CTI albums ‘Polar AC,’ (previously only available on CD in Japan) and the greatest hits collection, ‘The Baddest Hubbard,’ Wounded Bird has put back in the racks the following Columbia albums, all of which are available on CD for the first time: ‘High Energy,’ ‘Liquid Love,’ ‘Windjammer,’ ‘Bundle Of Joy,’ ‘The Love Connection,’ and ‘Skagly.’ Read the review of ‘High Energy’ at www.soulandjazzandfunk.com

Even more exciting for jazz fans is the recent discovery of lost live recordings featuring FREDDIE HUBBARD performing in England and Germany at the end of the ’60s. Now issued for the first time ever as ‘Without A Song: Live In Europe 1969’ by Blue Note, the 7-track CD features Hubbard in a quartet alongside Ron Carter, Roland Hanna and Louis Hayes. Interestingly, three of the tracks were recorded at Bristol’s Colston Hall.

Tags: Are You Ready For More Freddie